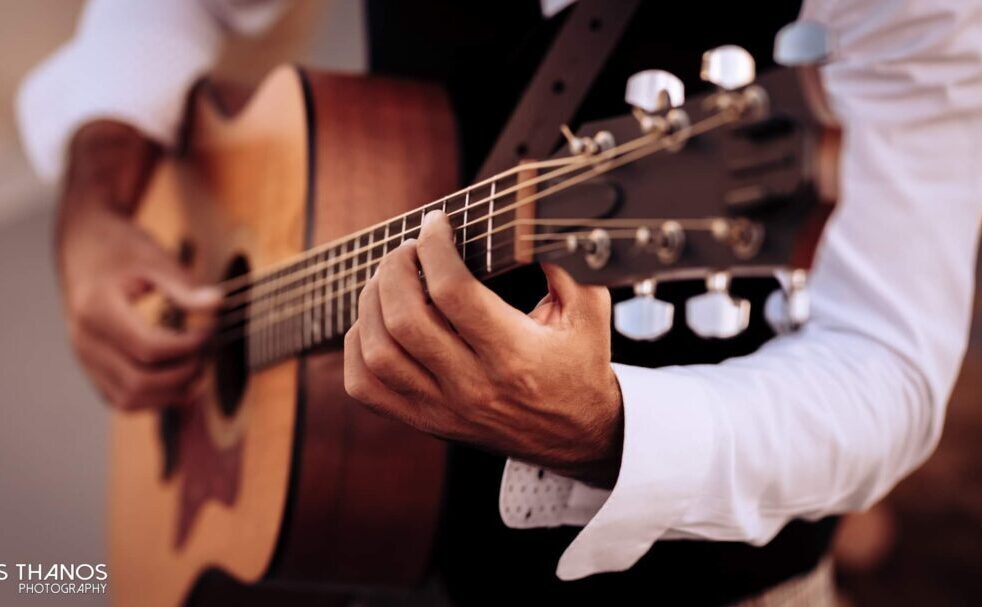 Michalis Karamolegos is a professional wedding singer, living on the island of Santorini.

He studied guitar and contemporary singing from an early age and he has been performing in weddings in Santorini and other greek islands, since 2012.

His jazz studies combined with pop influences create a pleasant musical mixture covering a wide repertoire from classic earlier decades songs to contemporary pop hits. His extensive playlist can also be further customised and adapt to meet the couple’s taste.

Michalis performs solo, using a drum machine and a looper that enables him to create a fuller sound resembling a band, or as a duet with a violinist or a saxophonist.

In his own words:” I feel honoured that couples from all over the world, have trusted me with their wedding entertainment. From walking down the aisle, to the last song at their reception, for me to be a part of their special day is a privillege”

DJing services for your wedding reception.

Our team will be happy to answer your questions and guide you through the process of booking the right package for your needs.